The Trans Group is proud to serve as an industry leader on both a state and national level. We actively participate in and hold offices on the largest associations serving the school bus industry. In this way we are able to keep apprised of trends and happenings and help influence policy — all with the aim of improving safety and working towards efficient and environmentally friendly school bus fleets. 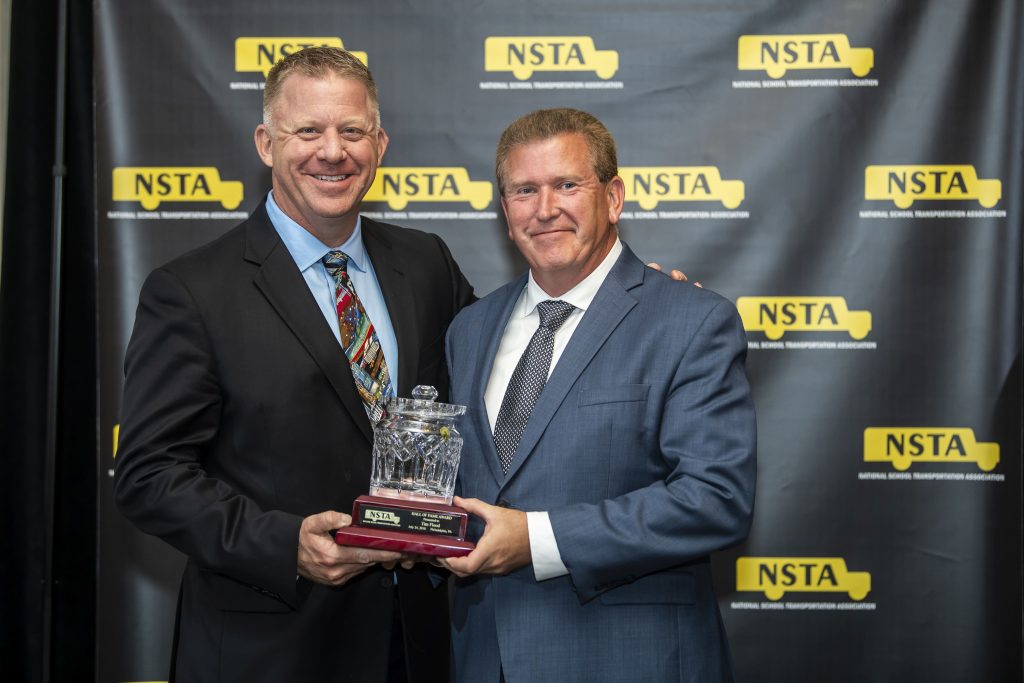 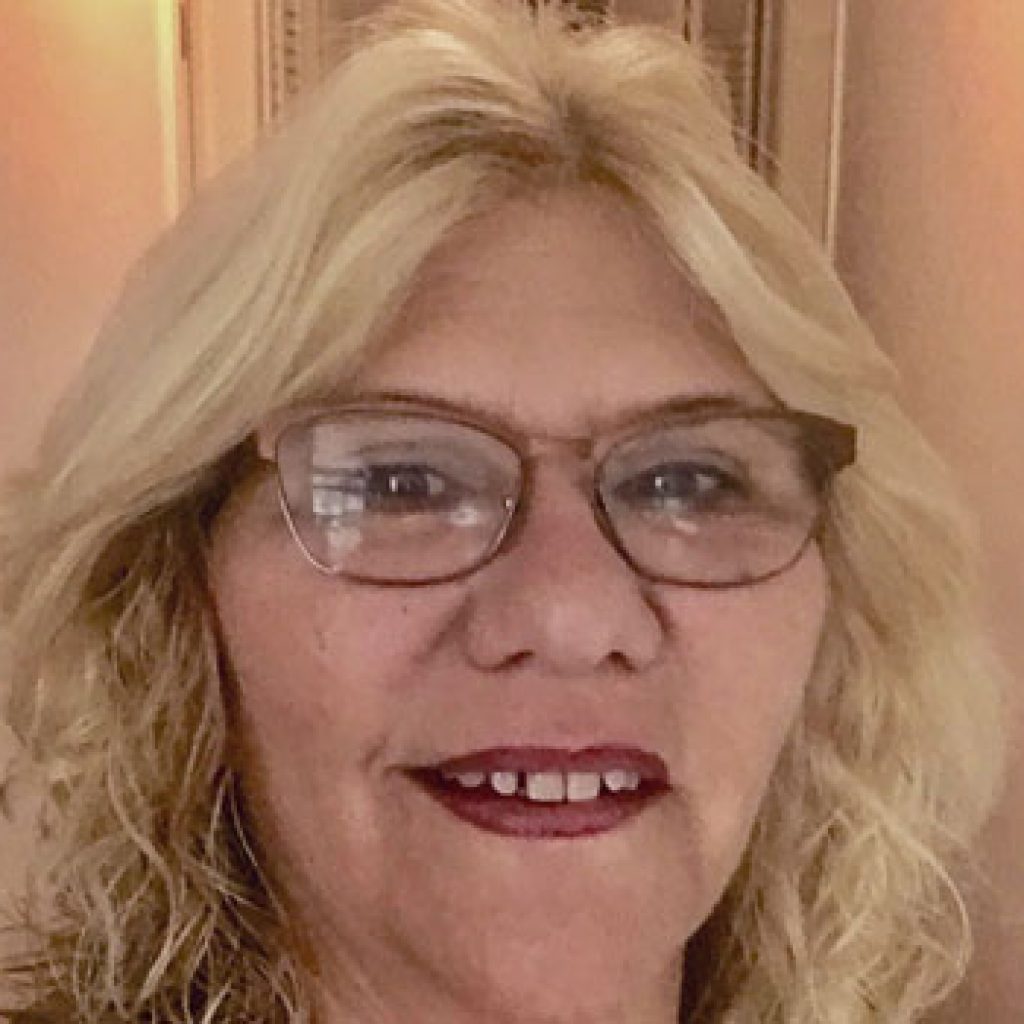 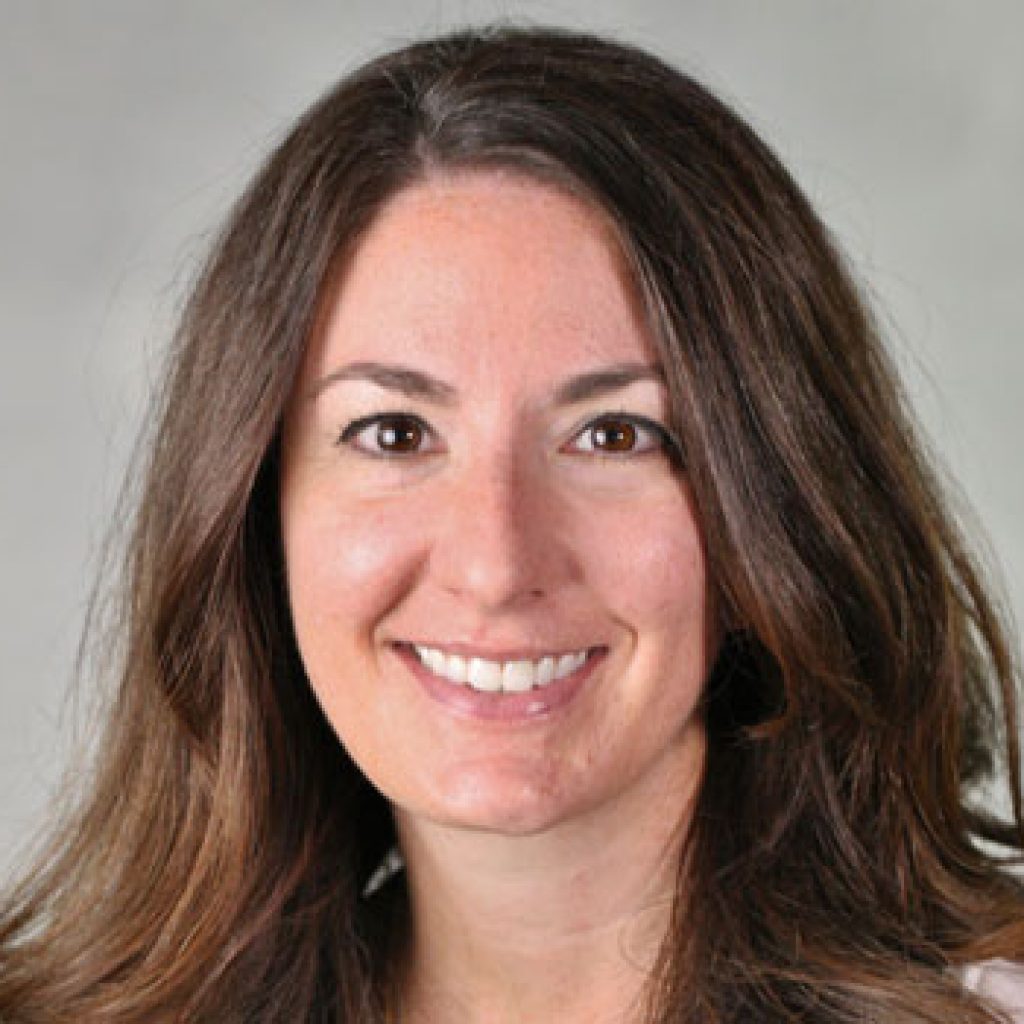 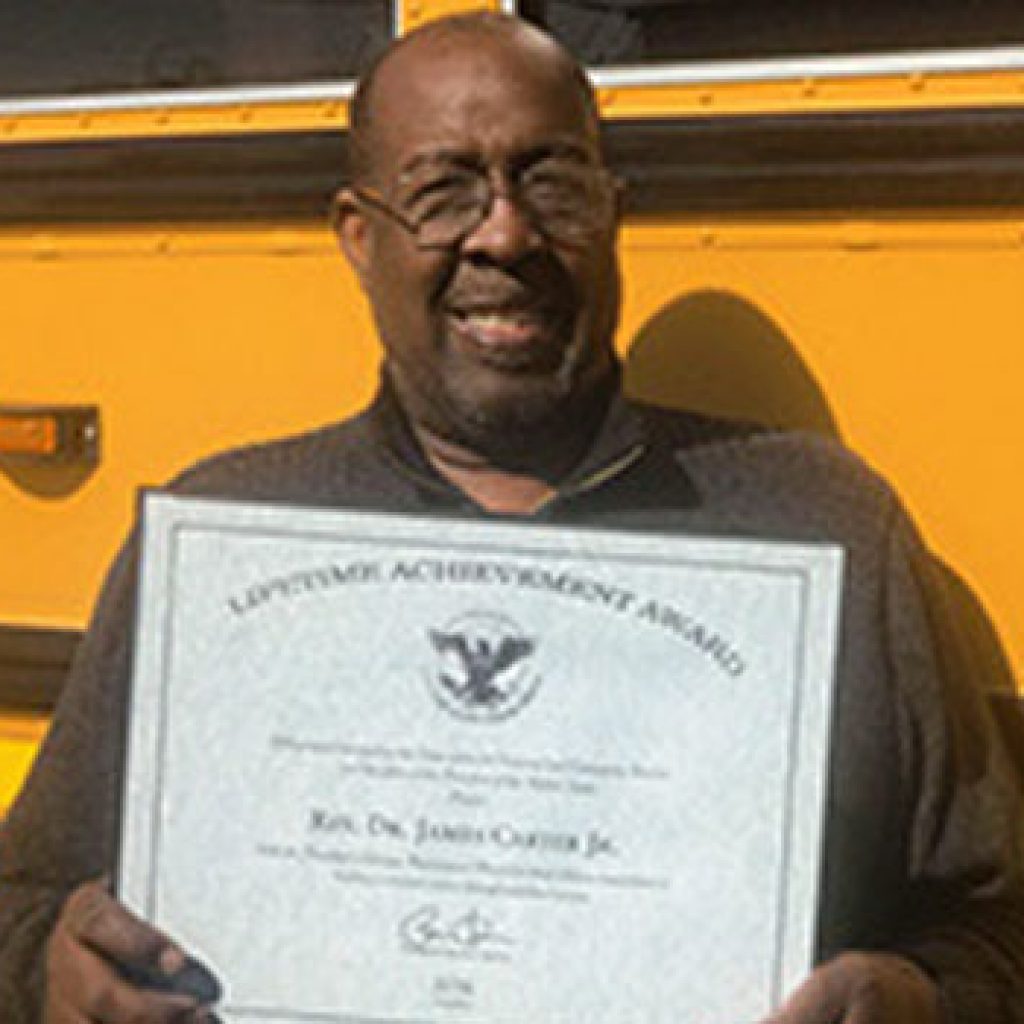 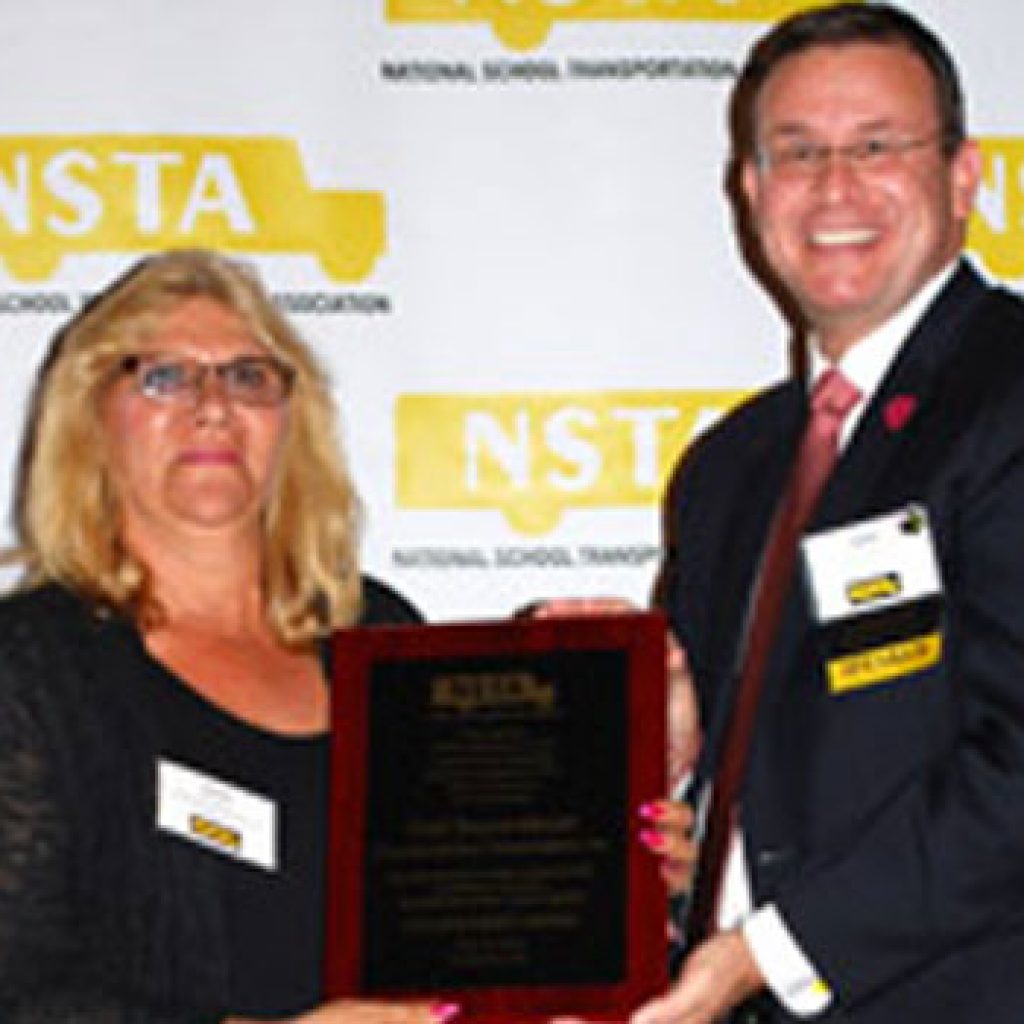 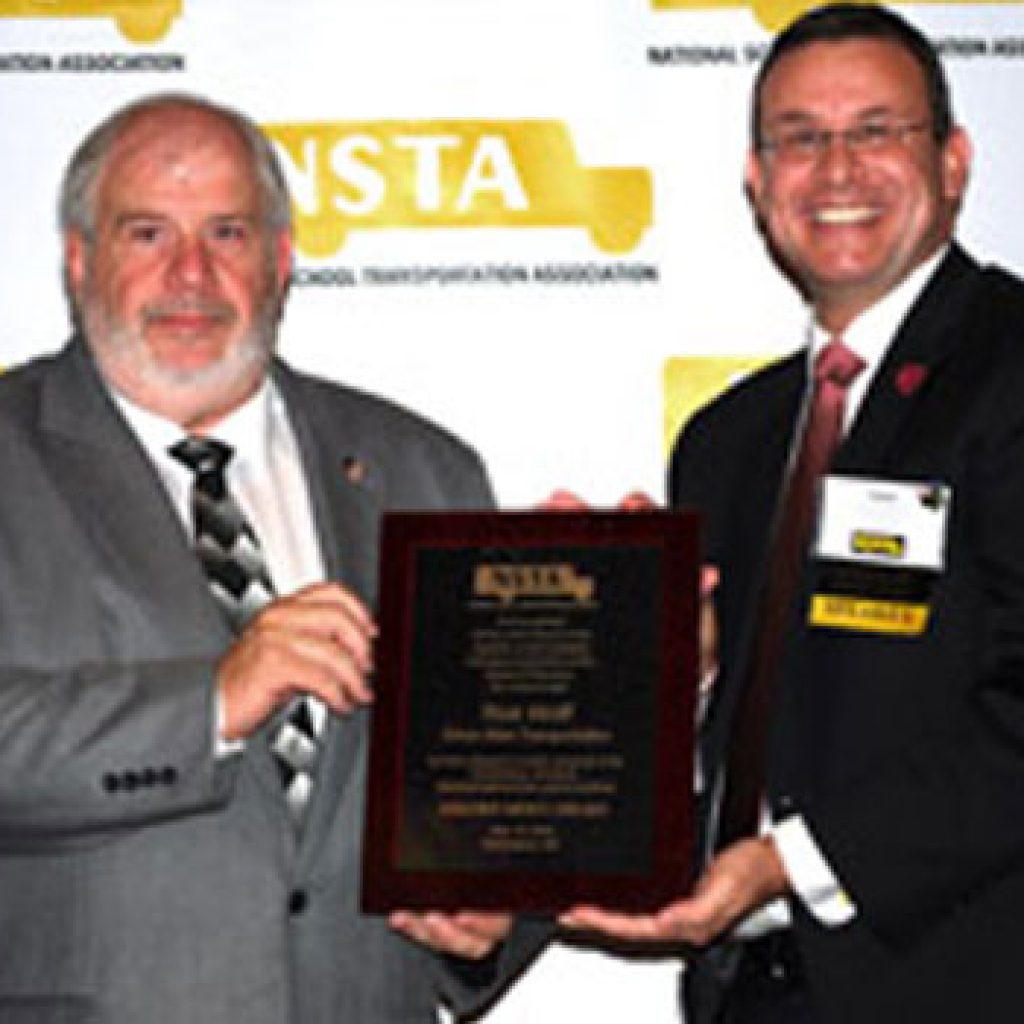 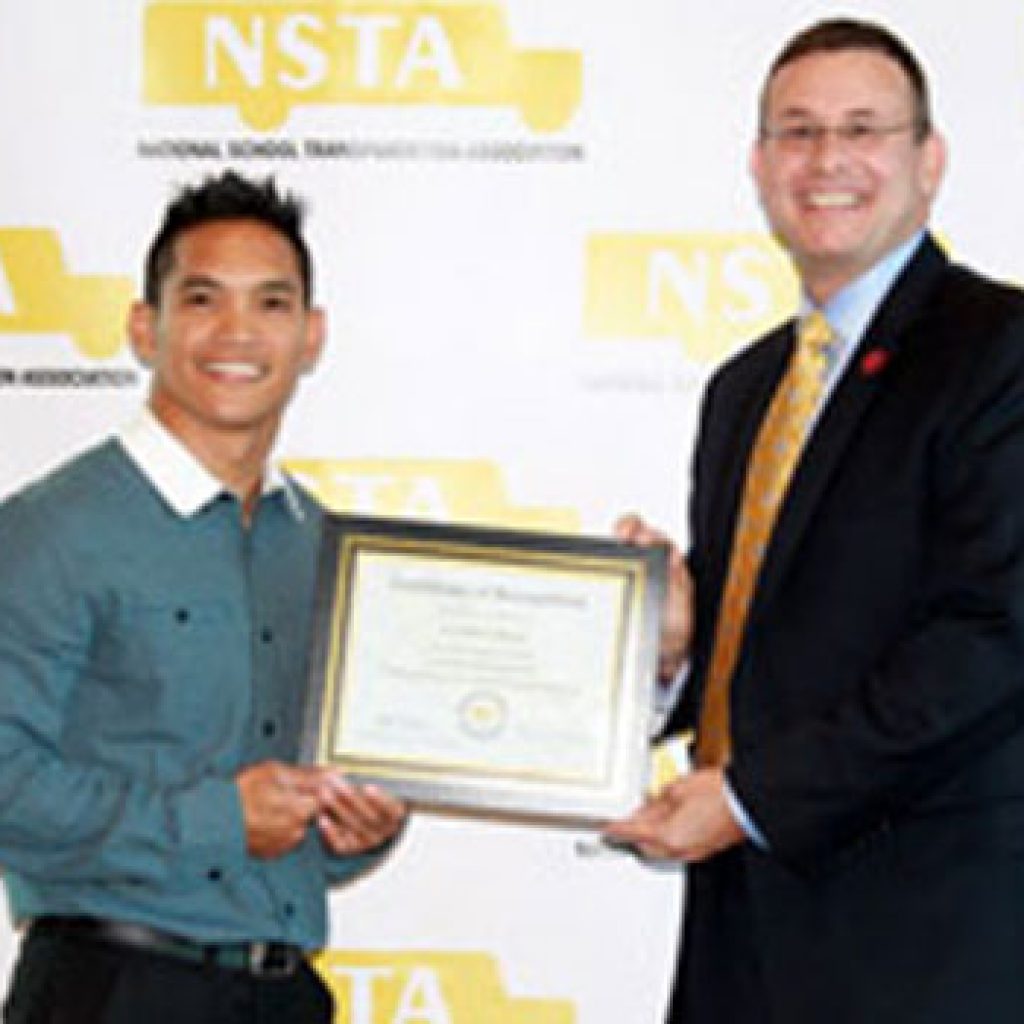 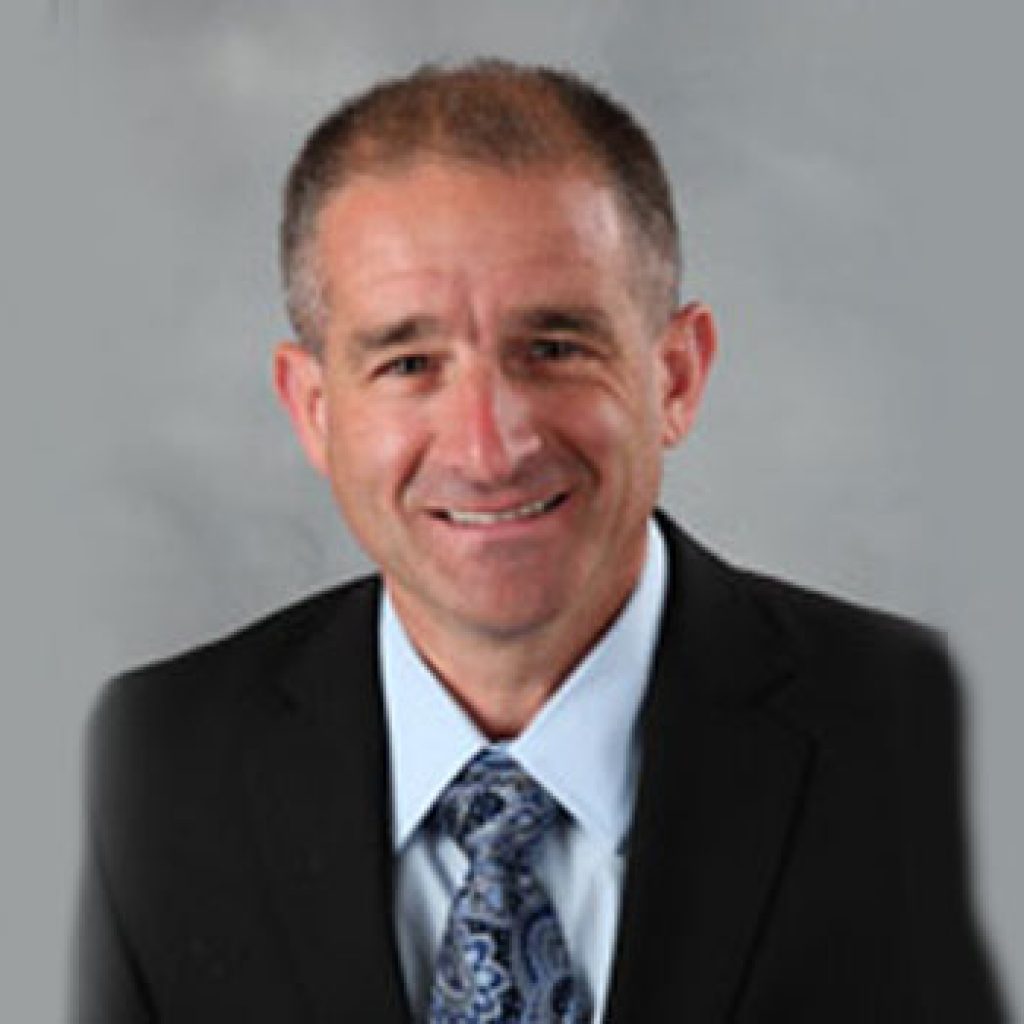 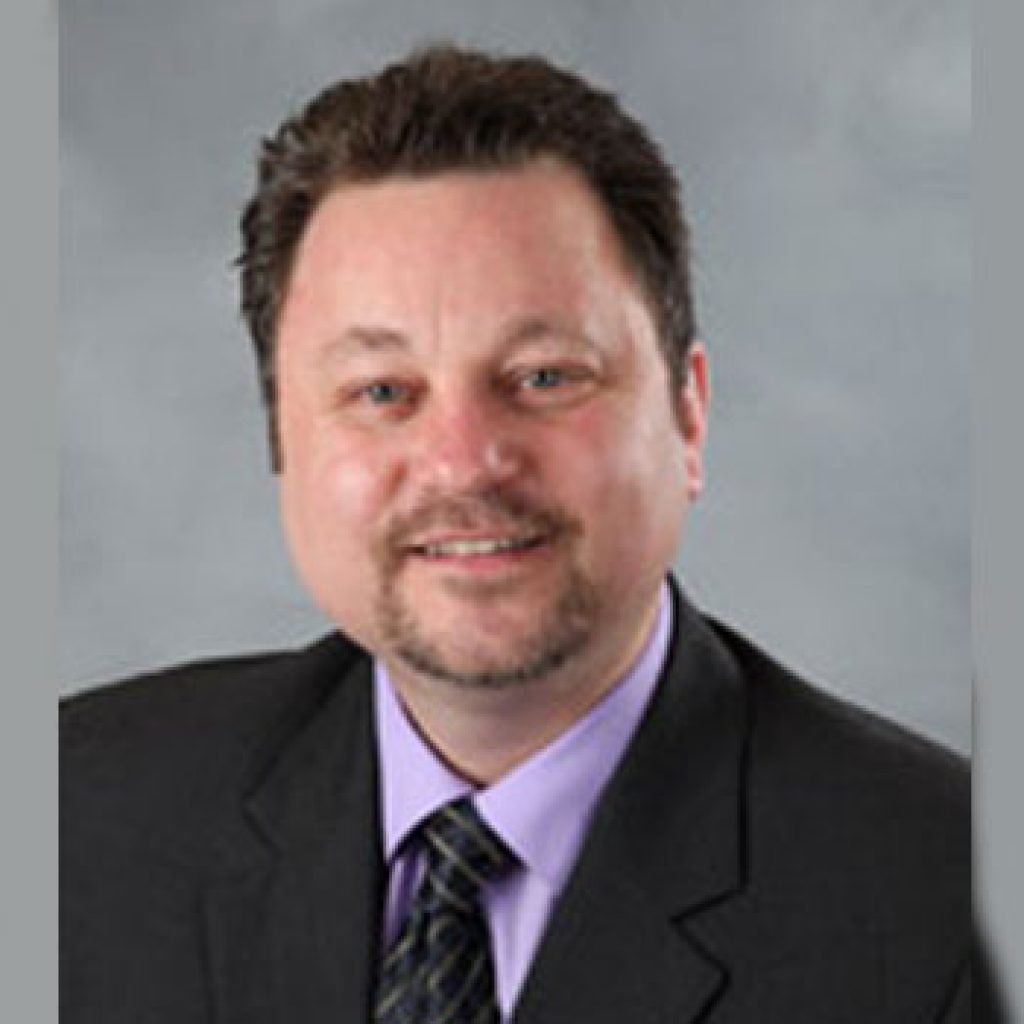 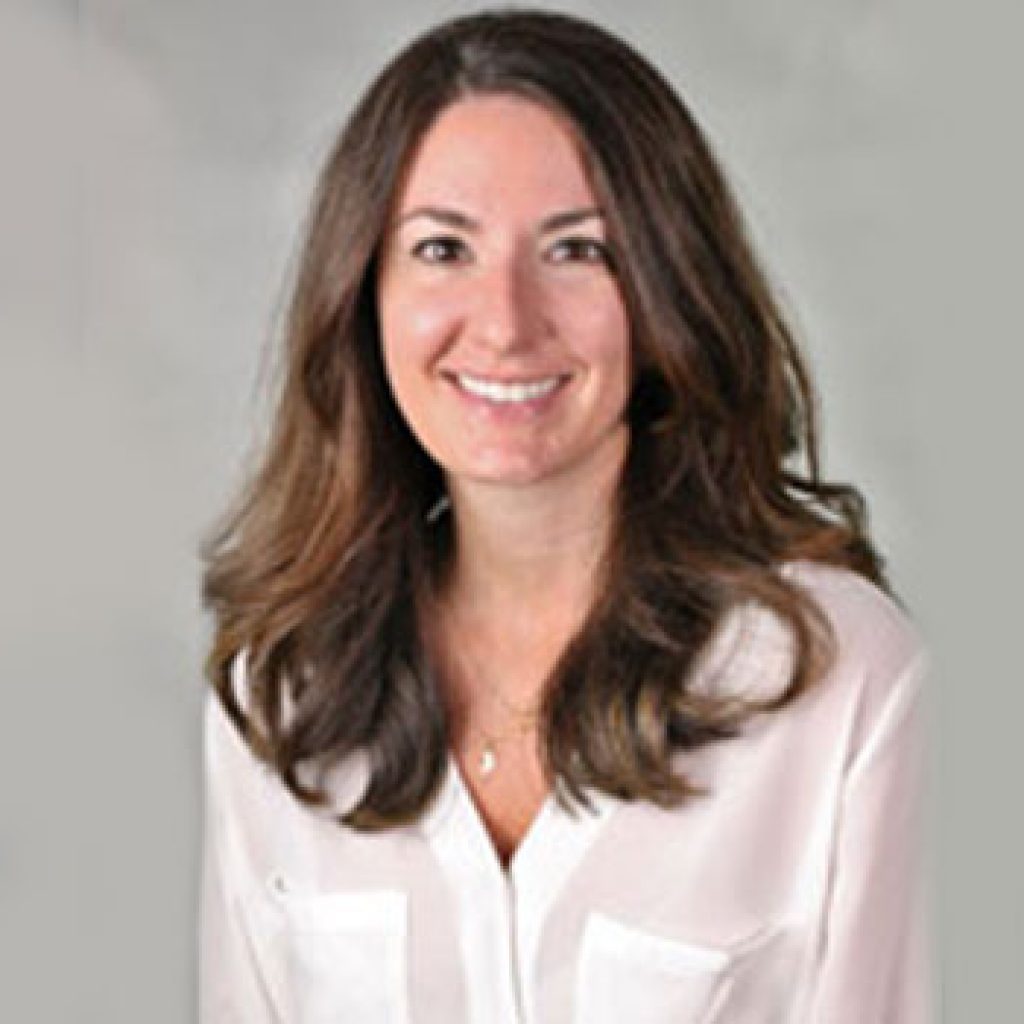 Trans Group VP of Human Resources Patty Riviello was recently honored with the Thomas Built Buses Continuing Education Award. The $2,500 annual grant is presented to an employee of a contractor company belonging to the National School Transportation Association (NSTA) as reimbursement for the costs of educational programs.

In 2014, The National School Transportation Association (NSTA) presented its most significant environmental award, Go Yellow, Go Green, to The Trans Group. The award was in recognition of the company’s achievements in emission reductions and environmental sustainability. The occasion was NSTA’s 50th Anniversary Annual Meeting & Convention, held in Charleston, South Carolina.

In 2010, The Trans Group was awarded the “Silver Level Green Fleet Award” from the National School Transportation Association. This award is given to companies that work for a cleaner environment through use of technology and environmentally responsible practices — and is endorsed by the EPA’s Clean School Bus USA Program.

In 2009, the National School Transportation Association awarded the prestigious “Contractor of the Year Award” to Timothy Flood. Tim was recognized for being an integral part of NSTA, NYSBCA serving as President, and for his dedicated work on numerous national committees to further school bus safety.

In 2007, John Corr was inducted into the National School Transportation Association Hall of Fame and Timothy Flood was awarded the “Distinguished Service Award.” The third generation of the Corr family was also recognized when Sean Corr received the Thomas Built Buses “Continuing Education Award.”

In 2003, the National School Transportation Association once again recognized John Corr and The Trans Group with the “Distinguished Service Award” for his actions in response to the attacks on the World Trade Center. This is the first time ever that anyone has received this award more than once.

In 2000, The Trans Group and John Corr were presented with the industry’s highest award, the “School Bus Fleet Contractor of The Year Award.” The Trans Group companies and its CEO were selected for this award because of the devotion and effort to improve the standards of safety, training and operations at our own companies as well as helping to improve the school bus industry overall on a regional and nationwide basis.

Also in 2000, Timothy Flood was once again recognized as the New York School Bus Contractor’s Association “Contractor of the Year.” This is the first time someone other than the president of a private company has been so recognized.

In 1997, the New York State School Bus Contractors Association (NYSBCA) recognized John Corr and this family of companies as the “Contractor of the Year.” This honor is awarded to a contractor whose safety and maintenance record, business practices, and active involvement in improving the school transportation industry set him apart from his peers.